Meet the experienced and friendly doctors and staff who make Premier Family Eyecare the leading provider of vision care products and services in Custer.

Dr. Wiederholt has been caring for patients in the Custer office since July of 2008 after receiving his Bachelor of Science in Zoology from North Dakota State University in 2004 and his Doctorate of Optometry from Pacific University in 2008. His externship sites included Cass Lake Indian Health Services in Cass Lake Minnesota, Allina Medical Center in Coon Rapids Minnesota, and Hot Springs VA Medical Center in South Dakota. He is a member of the American Optometric Association and South Dakota Optometric Society. Dr. Wiederholt is also an active member of both the Custer Rotary and Lions Clubs. has served as president for both organizations.. Dr. Wiederholt has also been involved in the South Dakota Chapter of the Volunteer Optometric Services to Humanity, making three mission trips to Mexico to provide eyecare and will serve as President for the South Dakota VOSH chapter for the 2014-15 year. Dr Wiederholt was married in October of 2013 to his wife Katie, and they look forward to continuing to call Custer home.  When Dr. Wiederholt is not caring for patients, he likes to spend time golfing, hunting, fishing, and spending time with his family. 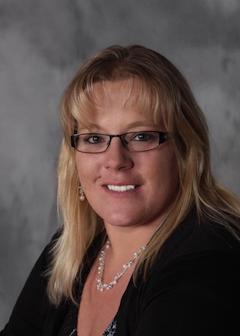 Mellisa joined Premier Family Eyecare in July of 2008 as the receptionist. She was raised in Custer and moved back to town; she was highly motivated to find a career. She graduated in 1996 from Custer High School, where her 2 children, Paige 14 and Malachi 10 currently attend. They enjoy the small town, family orientated up bringing living in Custer. In the later part of 2008 she trained to become the office manager. She has many years of with extensive experience and management skills. Her duties include everything from billing and receiving to insurance filling. In March of 2010 she was promoted into the position of Optician as well. As the Optician she educates patients on lenses and other optical options. She is the dispenser of corrective lenses according to the prescription prepared by Dr. Wiederholt. She is quick to repair a broken frame or replace parts if needed. She stays current on the most up to date material and eye glasses option. She also spends spare time visiting the Nursing Home, Assisted living and the schools, with an occasional home visit for elderly patients.She takes great pride in a high quality of customer service; she enjoys meeting new people and being able to keep up with return patients. She thinks the patients are OUTSTANDING and the staff and doctor make a GREAT team.

A 1999 graduate of Newell High School. Jerrica married in 2001, Kenny a Minnesota native. In 2003 while living in Sioux Falls she gave birth to her daughter Taylor, who is currently a Freshman at Custer High School. In 2006 her family moved to the Custer Area where she has met and got to know many of the locals. In 2011 her second daughter Kendra was born and is currently in Kindergartner in Custer. In her free time she enjoys spending time with family and reading.

You can schedule your next eye exam with us online!